The Summer School will accommodate  ~40-50 young scientists  and will be held at the Sardegna Ricerche Scientific Park (http://www.sardegnaricerche.it/attivita/parcotecnologico/) and at the Flamingo Hotel (http://www.hotelflamingosardinia.com/)

Participants will be selected upon application considering their contribution, the registration fee will include half-board accommodation upon conditions that will be communicated by the organization. Accommodation reservation will be  made through the secretariat. 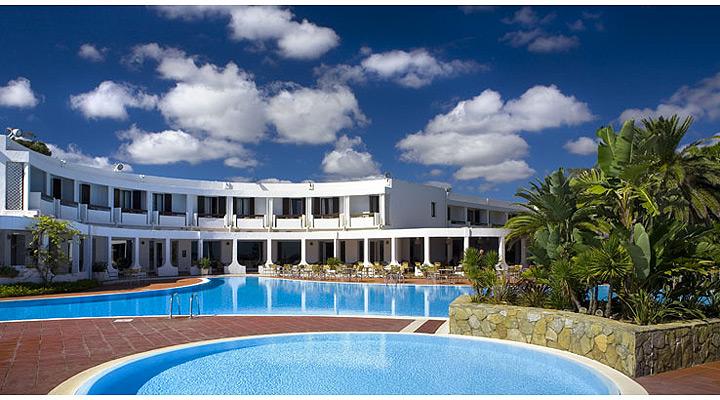 How to reach the conference

in order to reach the Congress hotel (Hotel Flamingo) you can follow the subsequent indications:

A train line is available at the airport and allows you to reach the Central Station in about 6 minutes.
You can find the most suitable departure time at http://www.trenitalia.com/tcom-en by inserting the day and time of departure, from “Elmas Areoporto” to “Cagliari”

If no trains are available at the requested time, you can take a taxi in front of the airport. The cost is around 20 euro.

A bus line is available from Cagliari ARST bus station, which is about 1 minute walk (you can see it on your left outside the train station). The bus line is n° 129, direction “Sant’Anna Arresi”, you can find the most suitable departure time at http://www.arstspa.info/129.pdf. The nearest bus stop to the Congress Hotel is “Santa Margherita”, at about 10 minutes (800 m) walk. From the bus stop, you have to take the street on your left (via Flumendosa) and go straight on until you will see the Flamingo Hotel on your left.

Sardinia island is situated in the middle of the Mediterranean Sea, where it is the second island for the extension after Sicily. Sardinia is a very ancient island rich in history and legends and everywhere there are traces of human settlements dated from the Neolithic Age. The climate allows having a very long summer season, from April to November.
Sardinia is characterized by several geographical areas such as Campidano, Sulcis, Iglesiente, Barbagia, Baronie, Logudoro, Gallura and many others. This is the reason that led to developing a wide range of uses, traditions and local dialects.

Cagliari, Sardinia’s main town, is situated in the middle of the Golfo degli Angeli (Gulf of the Angels). The town has Phoenician-Punic origins and still conserves important Roman ruins such as the Amphitheatre, the Viper’s cave and Tigellio’s villa.
At the beginning of the last millennium, the town suffered the Spanish and Pisan dominations. Evidence of their influence can be found in the Pisan towers built in the 1300’s together with the city walls that mark the oldest part of the town, namely the Castello. In the Castello you’ll find the Cathedral, built in the same period as the towers.
Thanks to its port, over time Cagliari has been the meeting point of different cultures.
Cagliari is a town of many traditions and today is also an important point for sporting events such as the motor boating and the beach volleyball World Championship held in the Poetto beach, one of the most beautiful beaches in Sardinia.

Santa Margherita di Pula is a seaside resort, popular for its large beaches of white fine sand and turquoise sea, located near a beautiful pine forest on the southern coast of Sardinia, around 40 km away from Cagliari.
Santa Margherita is a very small town in the immediate vicinities is Pula, a small town which is very well kept with pretty and colorful houses, restaurants and pizzerias. Pula hosts the suggestive archeological site of Nora with ruins dating back to the Punic times. In Nora is the church of S. Efisio, the Patron of Cagliari who is celebrated on the 1st of May with an extraordinary procession showing the Sardinian folklore.
In the surroundings of Santa Margherita di Pula is also possible to see the Nuraghe Santa Margherita, an extremely ancient ruin of the Nuragic period which dates back to the III millennium.